Started hacking on a new project this weekend... just a little something to break the monotony.

The idea of DemoLib is to make my life simpler in those rare moments when I get inspired enough to write a 3d graphics demo. Just so I don't ever again have the excuse of not having all the proper utility classes and/or framework for writing a demo, I've gone and written those foundation classes/interfaces. I now have reasonable Vertex, Vector and Camera classes... along with a "Scene" interface and a default "Demo" class which plays the scenes, trying to keep a reasonable frame rate by slowing down or dropping frames, depending on the speed of rendering on the system.

I've also implemented 2 example Scene subclasses (neither take advantage of my Camera class yet... but that's because they were written before I had implemented it... they were both also precursors to my Vertex and Vector classes, but have been mostly ported to using those classes now).

Here are some token screenshots: 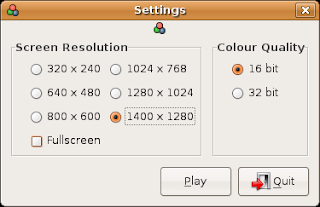 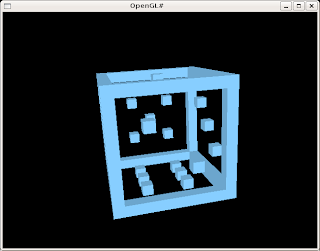 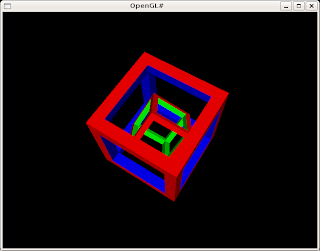 It's all in c#, because, well, why not? For those interested in watching my progress (or for laughing at the 3d graphics programming noob), I've checked DemoLib into Mono's subversion repository, so... `svn co` away.

Posted by Jeffrey Stedfast at 1:35 AM

Now all we need is integration with gstreamer so we can have audio demos!