This past week, I've started to get back into photography a bit more (thanks, Nina!) and started taking my camera into the office with me every day to remind myself to take photos. As a result, I've taken a bunch of photographs of my co-workers in the office.

Most of you would probably recognize the infamous Miguel de Icaza, Xamarin's CTO: 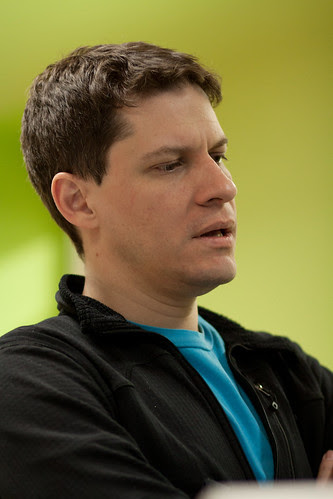 Next up is our very own Steve Jobs, Nat Friedman, our CEO and the man who reminds us to pay attention to the details: 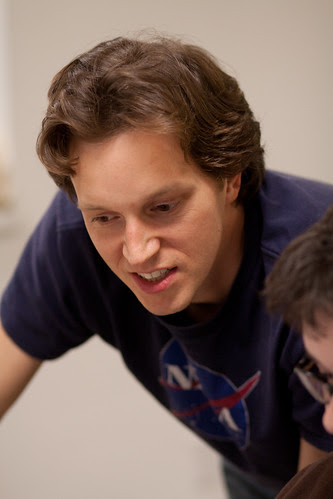 Another person many of you will recognize is our very own COO, Joseph Hill: 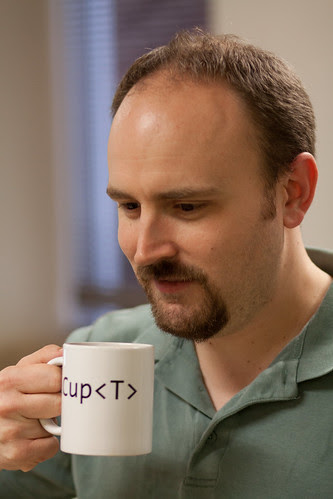 Well, okay, I've only got a photo of the famous Michael Hutchinson, but he's a very important player in the development of MonoDevelop. 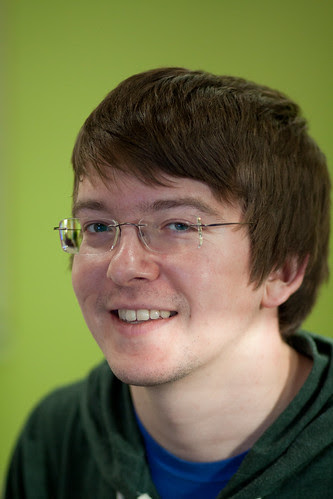 Next up, we have the QA team. They do their best to make sure that we, the developers, didn't break anything. When they aren't testing a specific application before a launch, they hammer away at our products and try to find weak spots in our code (but we still love them anyway!)

This is PJ, and as you can see, he's demonstrating how to QA popcorn corn cobs: 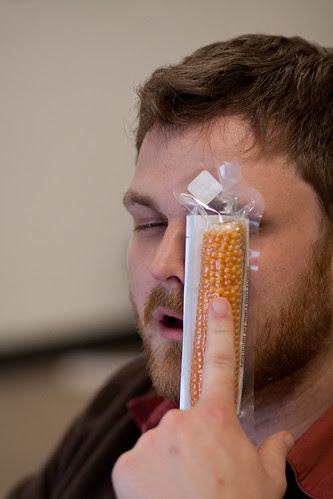 Next up is Lindsey. She's been working on writing automated tests to make it less likely for releases to include regressions. Let's hope she's successful! 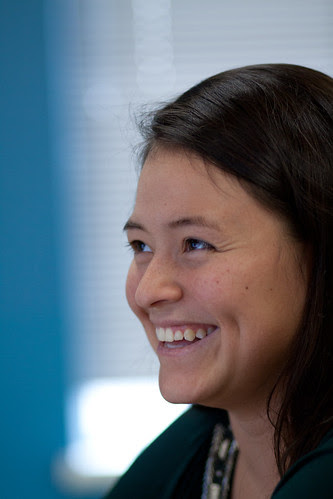 Alex Corrado is the man behind the curtain. He's our head Release Team engineer and also the brilliant mastermind that started CXXI, the Mono C++ interop project that we hope to give him time to finish someday soon. 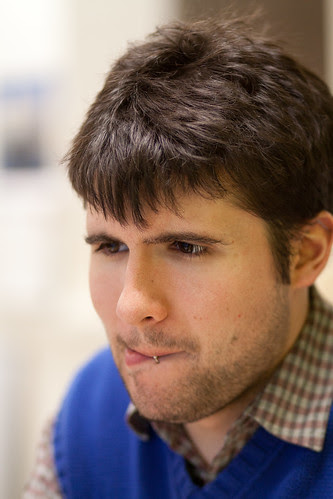 The newest addition to our ranks (just this week, in fact!), but long-time contributor to the Mono project, is Bojan Rajković. You can see we've already put him to work (he is no doubt puzzling over some ASP.NET code on his screen). 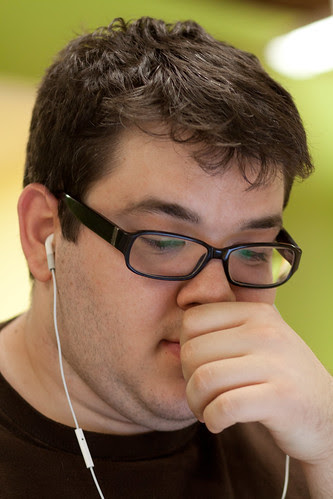 Nina is the only Cambridge resident on our Docs Team. Specifically, she hacks on our Documentation Portal. She's also the one who has encouraged me to get back into taking photographs, so she'll have to put up with me using her as a guinea pig the most. Here she is taunting me with her hot cup of Chaider: