After about a year in the making for MimeKit and nearly 8 months for MailKit, they've finally reached 1.0 status.

I started really working on MimeKit about a year ago wanting to give the .NET community a top-notch MIME parser that could handle anything the real world could throw at it. I wanted it to run on any platform that can run .NET (including mobile) and do it with remarkable speed and grace. I wanted to make it such that re-serializing the message would be a byte-for-byte copy of the original so that no data would ever be lost. This was also very important for my last goal, which was to support S/MIME and PGP out of the box.

All of these goals for MimeKit have been reached (partly thanks to the BouncyCastle project for the crypto support).

At the start of December last year, I began working on MailKit to aid in the adoption of MimeKit. It became clear that without a way to inter-operate with the various types of mail servers, .NET developers would be unlikely to adopt it.

I started off implementing an SmtpClient with support for SASL authentication, STARTTLS, and PIPELINING support.

Soon after, I began working on a Pop3Client that was designed such that I could use MimeKit to parse messages on the fly, directly from the socket, without needing to read the message data line-by-line looking for a ".\r\n" sequence, concatenating the lines into a massive memory buffer before I could start to parse the message. This fact, combined with the fact that MimeKit's message parser is orders of magnitude faster than any other .NET parser I could find, makes MailKit the fastest POP3 library the world has ever seen.

After a month or so of avoiding the inevitable, I finally began working on an ImapClient which took me roughly two weeks to produce the initial prototype (compared to a single weekend for each of the other protocols). After many months of implementing dozens of the more widely used IMAP4 extensions (including the GMail extensions) and tweaking the APIs (along with bug fixing) thanks to feedback from some of the early adopters, I believe that it is finally complete enough to call 1.0.

In July, at the request of someone involved with a number of the IETF email-related specifications, I also implemented support for the new Internationalized Email standards, making MimeKit and MailKit the first - and only - .NET email libraries to support these standards.

If you want to do anything at all related to email in .NET, take a look at MimeKit and MailKit. I guarantee that you will not be disappointed.

Posted by Jeffrey Stedfast at 2:32 PM No comments:

The Future of Debugging in Xamarin Studio

There comes a time in ever man's life when he says to himself, "there has got to be a better way..." 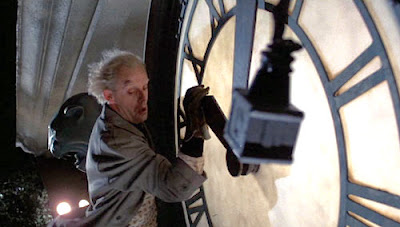 Have you ever been stepping through a method or hit a breakpoint and discovered that variables did not have the expected values? Don't you wish you could go back in time and start stepping through that method from an earlier point to see how things went so horribly wrong? Of course you do.

Last week, with the help of Zoltan Varga (who added the necessary runtime support), I implemented support in Xamarin Studio to set the next statement to execute when you resume execution of your program in the debugger. You can set the next statement to be any statement in the current method; any statement at all. This essentially allows you to jump back in time or completely step over execution of statements after the current position. 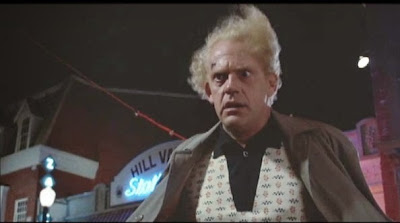 Don’t worry. As long as you hit Run To Cursor at precisely the moment the lightning strikes the tower, everything will be fine!

If you're like me, you've probably found yourself stepping through some code in the debugger and you get to a loop or something that you know is fine and you just don't feel like hitting Step Over the 5 bajillion times necessary to get past it, so what do you do? Hopefully you don't hit Step Over those 5 bajillion times. Hopefully you just set a breakpoint somewhere after that loop and then hit Continue.

The problem with this solution is that it's tedious.

Soon, however, you'll be able to simply right-click and select Run To Cursor (or just set/use a keybinding) and the debugger will resume execution until it reaches your cursor!

Assuming that you haven't disabled "Allow implicit property evaluation and method invocation" in your Xamarin Studio debugger preferences, whenever class properties are evaluated in the debugger (in the Watch pad, the Locals pad, or when you hover the mouse cursor over a property), in order to get the value, the debugger has to spin up a thread in the program being debugged in order to have it evaluate the property (or other expression) because, unlike fields, properties are really just methods that have to run arbitrary code.

For at least a year or so, now, we've mitigated this somewhat by cheating if the property has the CompilerGeneratedAttribute (signifying that it is an auto-property). When evaluating these properties, we would instead do a lookup of the backing field and get its value since we could do that locally without any need to round-trip to the program being debugged. While this helped a lot, there's a lot of properties out there that effectively just return a field and have no other logic (maybe an auto-property wasn't used because the setter does more than just set the field value?).

To improve performance of this, I started looking into what it would take to interpret the IL locally in the IDE. Obviously this could only really work if the property getter was "simple" enough and didn't have to take locks, etc. I started asking Zoltan some questions on the feasibility of this and he wrote a simple IL interpreter (included in Mono.Debugger.Soft) that I ended up using in Xamarin Studio to try and evaluate properties locally before falling back to having the debuggee's runtime spin up a thread to evaluate the property for us.


Great Scott! When Can I Start Using These Awesome Features? 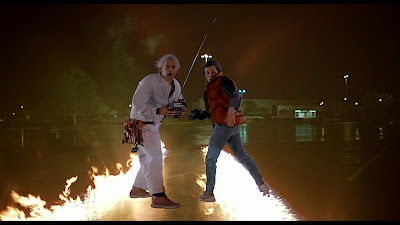 Well, it's time I get back... to the future! ... And implementing more new features!

Posted by Jeffrey Stedfast at 4:59 PM No comments:

GMime gets a Speed Boost

With all of the performance improvements I've been putting into MimeKit recently, it was about time to port some of these optimizations back to GMime.

In addition to other fixes that were in the queue, GMime 2.6.20 includes the "SIMD" optimization hack that I blogged about doing for MimeKit and I wanted to share the results. Below is a comparison of GMime 2.6.19 and 2.6.20 parsing the same 2GB mbox file on my 2011 Core-i5 iMac with the "persistent stream" option enabled on the GMimeParser:

That's a pretty respectable improvement. Interestingly, though, it's still not as fast as MimeKit utilizing Mono's LLVM backend:

Of course, to be fair, without the --llvm option, MimeKit doesn't fare quite so well:

I'm not sure what kind of optimizations LLVM utilizes when used from Mono vs clang (used to compile GMime via homebrew, which I suspect uses -O2), but nevertheless, it's still very impressive.

After talking with Rodrigo Kumpera from the Mono runtime team, it sounds like the --llvm option is essentially the -O2 optimizations minus a few of the options that cause problems with the Mono runtime, so effectively somewhere between -O1 and -O2.

I'd love to find out why MimeKit with the LLVM optimizer is faster than GMime compiled with clang (which also makes use of LLVM) with the same optimizations, but I think it'll be pretty hard to narrow down exactly because MimeKit isn't really a straight port of GMime (they are similar, but a lot of MimeKit is all-new in design and implementation).
Posted by Jeffrey Stedfast at 2:01 PM No comments:

Once I announced MimeKit, I knew it would only be a matter of time before I started getting asked about SMTP, IMAP, and/or POP3 support.

I started off back in early December writing an SmtpClient so that developers using MimeKit wouldn't have to convert a MimeMessage to a System.Net.Mail.MailMessage in order to send it using System.Net.Mail.SmtpClient. This went pretty quickly because I've implemented several SMTP clients in the past. Implementing the various SASL authentication mechanisms probably took as much or more time than implementing the SMTP protocol.

The following weekend, I ended up implementing a Pop3Client. Originally, I had planned on more-or-less cloning the API we had used in Evolution, but I decided that I would take a different approach. I designed a simple IMessageSpool interface which more closely follows the limited functionality of POP3 and mbox spools instead of trying to map the Pop3Client to a Store/Folder paradigm like JavaMail and Evolution do (Evolution's mail library was loosely based on JavaMail). Mapping mbox and POP3 spools to Stores and Folders in Evolution was, to my recollection, rather awkward and I wanted to avoid that with MailKit.

At first I was loathe to do it, but over the past 2 weeks I ended up writing an ImapClient as well. I'm sure Philip van Hoof will be pleased to note that I have a very nice BODYSTRUCTURE parser, although that API is not publicly exported.

Unlike the SmtpClient and Pop3Client, the ImapClient does not have all of its functionality on a single public class. Instead, ImapClient implements an IMessageStore which has a limited API, mostly meant for getting IFolders. I imagine that those who are familiar with the JavaMail and/or Evolution (Camel) APIs will recognize this design.

The IFolder interface isn't designed to be exactly like the JavaMail Folder API, though. I've been designing the interface incrementally as I implement the various IMAP extensions (I've found at least 37 of them at the time of this blog post, although I don't think I'll bother with ACL, MAILBOX-REFERRAL, or LOGIN-REFERRAL), so the API may continue to evolve as I go, but I think what I've got now will likely remain - I'll probably just be including additional APIs for the new stuff.

Also news-worthy is that MimeKit is now equally as fast as GMime, which is pretty impressive considering that it is fully managed C# code.

Download MailKit 0.2 now and let the hacking begin!
Posted by Jeffrey Stedfast at 10:15 AM No comments: