I was just reading Linux-Mag's interview with Linus Torvalds with regards to Microsoft's latest GPL'd contributions to the Linux kernel.

In it, I found this fabulous quote from Linus which I think echoes David "Lefty" Schlesinger's latest blog posting about the The Real FLOSS Community and the "Faux FLOSS Fundamentalists":

I may make jokes about Microsoft at times, but at the same time, I think the Microsoft hatred is a disease. I believe in open development, and that very much involves not just making the source open, but also not shutting other people and companies out.

There are ‘extremists’ in the free software world, but that’s one major reason why I don’t call what I do ‘free software’ any more. I don’t want to be associated with the people for whom it’s about exclusion and hatred.”

It is good to see such prominent FLOSS contributors speaking out against the "Faux-pen Source Fundamentalists" that go around attacking the real FLOSS community members, even going so far as trying to get FLOSS developers/contributors fired.

These zealots may think they are "helping" the FLOSS community, but they are only having a negative effect. A destructive effect.

These people are not interested in improving Linux, they are only interested in stroking their own egos. They want power more than anything else. Power over other people. Power to destroy anyone or anything that does not do what they demand.

These people claim that they are protecting our Freedoms, but they are only trying to become dictators. They have no interest in Freedom unless it is their own version of Freedom, where they reign as supreme dictator and where anyone who disagrees with them is labeled as a "shill" or otherwise demonized.

As Linus puts it, these people are about "exclusion and hatred."

This is not Freedom.

Re: Let's All Say It Together.

I wasn't at the Gran Canaria Desktop Summit 2009, so I'm learning about this second hand from people like David Schlesinger, Natin Yellin and a number of people I know personally who attended the conference. It is important for us to respect all of our peers no matter their skin color, their religion or other beliefs, their gender, or any other factor. And that goes for respecting people outside of our community as well.

Because of this, I am casting my vote: 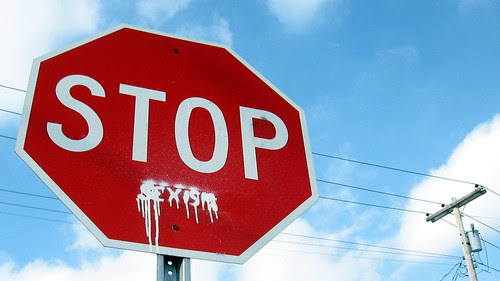 "I want the [...] open source [...] communities [I participate in] to be a dignified, respectful, inclusive, and welcoming place. … We’ve all been witnesses to off-color jokes, misogynistic back channel chatter, questionable imagery and unnecessary, trolling comments. I pledge to do better to stand up and call this behavior out when I see it in conferences, online and other public settings. I don’t expect it to go away but I’m not going to tacitly condone it any longer."

(From Nick via Luis via David)
Update: As Natan Yellin has commented below, he was not actually at the conference - it was my mistake in thinking he was.
Posted by Jeffrey Stedfast at 6:32 PM 4 comments:

I am not afraid

Posted by Jeffrey Stedfast at 6:27 PM No comments: