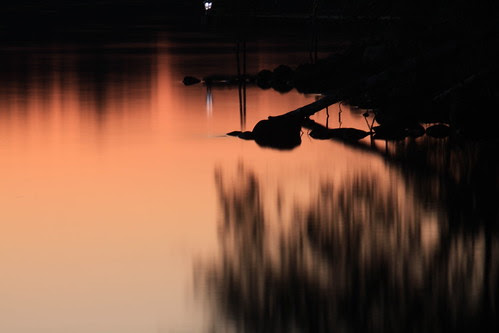 From what I understand, Miyamoto Musashi, like Sun Tzu, is another man who many consider to have been a "Zen Master" and so I'll be reading his book over the holiday: The Book of Five Rings. But before I read that, I plan on first reading The Lone Samurai: The Life of Miyamoto Musashi to get a broader understanding of the man. What I really liked about the copy of The Art of War that I picked up (Understanding the Art of War by Robert Cantrell) is that the author not only included the English translation of the original text but also explanations of the history pertinent to understanding the text allowing me to soak up quite a bit more value than I would have just reading the raw English translation. Likewise, I suspect that starting with The Lone Samurai might help me later in understanding Miyamoto Musashi's Book of Five Rings.

A third book that caught my eye for the holiday is The Unfettered Mind by Takuan Sōhō, another famous Zen Master who is rumored to have advised Miyomoto Musashi among others.

Maybe one day I, too, will have an unfettered mind (right now it is quite fettered).

Assignment: Apologize to someone you have wronged

This past Friday, on our walk back from lunch, Miguel told me about the latest assignment given to him by his teacher and mentor, Benjamin Zander, the conductor of the Boston Philharmonic. The assignment was to pick someone you have wronged and apologize to them.

For those who don't know, Benjamin Zander is the author of the book, The Art of Possibility, a book which I have been reading the past week or so. The idea of this book is to change your perspective on life by teaching you to see things in a positive light and thus present you with a world of possibility where you can accomplish anything you set your mind to because you are no longer held back by negative thinking (fear of failure, criticism from others, and most importantly, criticism from yourself).

To continue on with my story, as I was laying in bed last night after having read a few more chapters in The Art of Possibility, I was reminded of Miguel's assignment and I began to wonder: if I was given this assignment, who would I apologize to?

I thought of 1 person in particular and a community of users and decided to apologize to them all.

Some of you might recall a series of rants about PulseAudio that I wrote a couple of years back. While it was not my intention to insult Lennart personally, it is obvious that I did. I had let my anger and frustration rule my actions and ended up attacking PulseAudio in ways I should not have. I should have, instead, been more respectful, more understanding and more patient. Attacking someone's project often results in that person feeling personally attacked. I should know this as well or better than anyone because I'm one of the authors of the most widely attacked projects in the Free Software community: Evolution, Mono, and Moonlight.

These days PulseAudio has been working well for me and that is a testament to how hard working Lennart and the other PulseAudio developers are.

Thank you, Lennart, for your hard work on Pulse Audio and please accept my sincerest apology for attacking your project and in so doing, insulting you. I was wrong. I should have, instead, come to you (or the bug tracker) and explained the problems I was experiencing in a polite and respectful manner rather than unleashing my frustrations on the project.


I hope we can meet in person at a future Linux or GNOME conference where I can give you a hug (and who knows, maybe even a beer).

In the course of the 6+ years that I worked on Evolution, there were a number of occasions where I took criticisms in bug reports and the mailing-list as personal insults and lost my temper, attacking back. At one point, Nat Friedman reminded me that I should not take criticism of Evolution so personally and that the reason users criticized Evolution was because they cared.

In the early part of 2007 I moved over to the Mono team, giving me a fresh start. I decided that I was going to be a new me and really take Nat Freidman's words to heart. I'm happy to report that not only have I been successful in not taking criticism as personally and seeing criticism of projects I work on in a new, more positive light, but I have also been a much happier person because of it.

For those Evolution users out there who I have mistreated, I am truly sorry and I hope that my actions over the past 3 years has demonstrated my sincerity.

Posted by Jeffrey Stedfast at 9:49 AM 11 comments: