MimeKit: Coming to a NuGet near you. 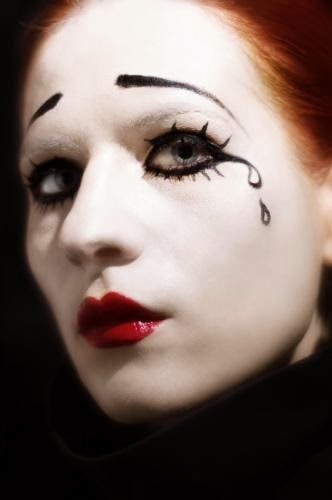 If, like me, you've been trapped in the invisible box of despair, bemoaning the woeful inadequacies of every .NET MIME library you've ever found on the internets, cry no more: MimeKit is here.

I've just released MimeKit v0.5 as a NuGet Package. There's still plenty of work left to do, mostly involving writing more API documentation, but I don't expect to change the API much between now and v1.0. For all the mobile MIME lovers out there, you'll be pleased to note that in addition to the .NET Framework 4.0 assembly, the NuGet package also includes assemblies built for Xamarin.Android and Xamarin.iOS. It's completely open source and licensed under the MIT/X11 license, so you can use it in any project you want - no restrictions. Once MimeKit goes v1.0, I plan on adding it to Xamarin's Component Store as well for even easier mobile development. If that doesn't turn that frown upside down, I don't know what will.

For those that don't already know, MimeKit is a really fast MIME parser that uses a real tokenizer instead of regular expressions and string.Split() to parse and decode headers. Among numerous other things, it can properly handle rfc2047 encoded-word tokens that contain quoted-printable and base64 payloads which have been improperly broken apart (i.e. a quoted-printable triplet or a base64 quartet is split between 2 or more encoded-word tokens) as well as handling cases where multibyte character sequences are split between words thanks to the state machine nature of MimeKit's rfc2047 text and phrase decoders (yes, there are 2 types of encoded-word tokens - something most other MIME parsers have failed to take notice of). With the use of MimeKit.ParserOptions, the user can specify his or her own fallback charset (in addition to UTF-8 and ISO-8859-1 that MimeKit has built in), allowing MimeKit to gracefully handle undeclared 8bit text in headers.

When constructing MIME messages, MimeKit provides the user with the ability to specify any character encoding available on the system for encoding each individual header (or, in the case of address headers: each individual email address). If none is specified, UTF-8 is used unless the characters will fit nicely into ISO-8859-1. MimeKit's rfc2047 and rfc2231 encoders do proper breaking of text (i.e it avoids breaking between surrogate pairs) before the actual encoding step, thus ensuring that each encoded-word token (or parameter value) is correctly self-contained.

S/MIME support is also available in the .NET Framework 4.0 assembly (not yet supported in the Android or iOS assemblies due to the System.Security assembly being unavailable on those platforms). MimeKit supports signing, encrypting, decrypting, and verifying S/MIME message parts. For signing, you can either use the preferred multipart/signed approach or the application/[x-]pkcs7-signature mime-type, whichever you prefer.

I'd love to support PGP/MIME as well, but this is a bit more complicated as I would likely need to depend on external native libraries and programs (such as GpgME and GnuPG) which means that MimeKit would likely have to become 32bit-only (currently, libgpgme is only available for 32bit Windows).

I hope you enjoy using MimeKit as much as I have enjoyed implementing it!

Note: For those using my GMime library, fear not! I have not forgotten about you! I plan to bring many of the API and parser improvements that I've made to MimeKit back to GMime in the near future.

For those using the C# bindings, I'd highly recommend that you consider switching to MimeKit instead. I've based MimeKit's API on my GMime API, so porting to MimeKit should be fairly straightforward.

Posted by Jeffrey Stedfast at 3:18 PM